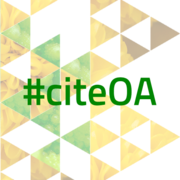 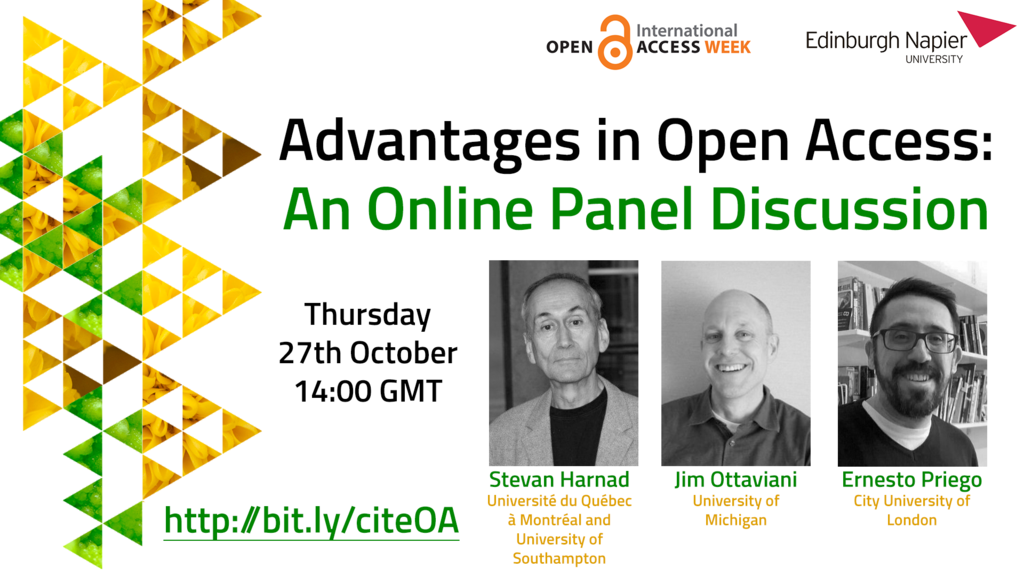 Register online here for this event.

Open Access posits that all forms of research output should be released from restrictions to access and use. A shift in policy, publishing practice, and scholarly communications culture has slowly been taking place in an effort to bring about a meaningful transition to Open Access. There exists some debate about the best approach to achieve this, however the benefits are gradually being realised. For example, to date over 70 studies have been published investigating whether or not publishing your article in an Open Access platform directly increases the number of citations received.

During this webinar, we will be joined by a panel of distinguished international experts where we will discuss the evidence so far, explore how Open Access can benefit different stakeholders in the academic world, and share in experiences from Open Access practitioners. You can tweet your questions in advance using the hashtag #citeOA.

Stevan Harnad is Professor in the Department of Psychology at Université du Québec à Montréal, and Professor of Web Science in the Department of Electronics and Computer Science, at University of Southampton. Stevan was instrumental in founding EPrints, and his current research focuses on categorisation, communication, cognition and the open research web. He is at the forefront of worldwide advocacy for Open Access to Research. Photo courtesy of Wikipedia.

Jim Ottaviani is an author and Librarian at the University of Michigan where he is the coordinator of the university’s institutional repository service, Deep Blue. Jim’s recent publications include graphic-novel biographies of both Alan Turing and Richard Feynman, while his research has focused on quantifying the citation advantage of Open Access publications. Photo courtesy of Gil Roth.

Dr Ernesto Priego is a lecturer at the Department of Computer Science at City University London. Ernesto’s research interests include library and information science, comics scholarship, digital humanities, data science, human computer interaction and the whole spectrum of scholarly communications from educational technologies to social media and open access publishing. He is the Editor in Chief of The Comics Grid: Journal of Comics Scholarship, an open access journal published by the Open Library of Humanities. Photo courtesy of Ernesto Priego.

RSVP for Advantages in Open Access: An Online Panel Discussion to add comments!