Launch of (green) open-access book "Intellectual Property and the University" 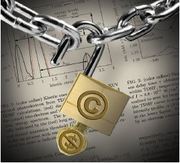 The French-language book "Propriété intellectuelle et université. De la privatisation des idées à la libre circulation des savoirs" (Intellectual property and the university: Between the privatization of ideas and the free circulation of knowledge) will be launched in Montréal on the very first day of Open Access Week.

The book, which includes a chapter on Open Access to scientific knowledge, promotes the idea of maximizing the access to and usage of university-produced intellectual works. Accordingly, the authors (Couture, Dubé & Malissard) had self-archived the revised manuscript of the entire book on UQAM’s repository Archipel, and obtained from the publisher (Presses de l’Université du Québec) the right to keep it there after publication.

To our knowledge, this is a premiere in Quebec-based scholarly publishing. The lessons which will be drawn from this “pilot project” could eventually lead, or so the authors hope, to something similar to Athabasca University Press, which publishes all its titles in open access, or Manchester University Press (UK), which allows self-archiving of authors’ manuscripts.