Supporting Open Access movement: from the scientists’ self-archiving to the web-rating of the institution 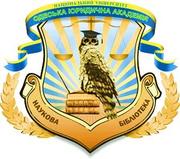 Dedicated to the 24-30 October 2016 International Open Access Week at the 21st of October, 2016 from 11.30 to 3.00 pm in National University “Odesa Law Academy” the Master class “From the scientists’ self-archiving to the web-rating of the institution” will be held.

Self-popularization of the scientist and his achievements in the international information space: issues of technics and ethics (Nadiia Zubchenko)

NB! All the materials of the master class will be posted in open access in the Institutional repository of National University “Odessa Law Academy”.

RSVP for Supporting Open Access movement: from the scientists’ self-archiving to the web-rating of the institution to add comments!