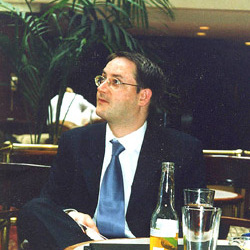 Are you participating in OAWeek 2020? (You can update this later)
Yes--definitely!

Type of institution
Other

What's the level of OA awareness where you are?
High

What are your goals for OA Week?
Assisting generally same as the last two years :)

How did you hear of the OA Week site?
blue My summary of Open Access Week things on the web thus far this week.

"On 27th September 2012 the Imperial College SciCommForum held a follow up discussion on open access to publicly funded research in response to the Finch Report and RCUK Policy.

We were joined by Mark Thorley (NERC, RCUK) and Professor Stephen Curry (Imperial College) and Richard Van Noorden (Nature News) chaired the discussion. We had representatives from HEFCE, Wellcome Trust, RLUK, MRC, NIMR, Imperial College Library - and more - in the audience, and the discussion…

Good to see you here.  Would love if you would write a post for the JIDC on your OA week activities http://blog.jidc.org/  Also, anyway I can become involved with OA week UK please let me know!