The top 20 countries for scientific output

There are a number of reasons why some countries publish more than others but it is no real surprise that the USA produces the most scientific papers. Over the period 1999-2009 there were 2.9 million scientific papers published in the USA according to Essential Science Indicators at Thomson Reuters (see infographic) (http://sciencewatch.com/dr/cou/2009/09decALL/). This is considerably more than the next two countries in the top 20 list, Japan and Germany, who each produced a respectable 0.8 million scientific papers.

It is also worth mentioning the three countries that just missed the top 20 list:, Scotland, Denmark and Israel. These small countries have managed to punch above their weight, producing 0.1 million science papers each over the ten year period.

To investigate the reasons behind these figures it would be necessary to compare a number of different factors between the top 20 countries including science funding, population size, GDP, education levels, facilities and language advantages.

Thomson Reuters also listed some ‘rising star’ countries that had the highest percentage increase in citations for the first three quarters of 2011. These are represented by the flags at the bottom of the map.

In honour of Open Access Week last week, we decided to produce an additional infographic. The open access movement has grown considerably over the last decade and they now represent 20% of all scientific journals. If this trend continues perhaps we will see a higher number of publications from less well funded countries? 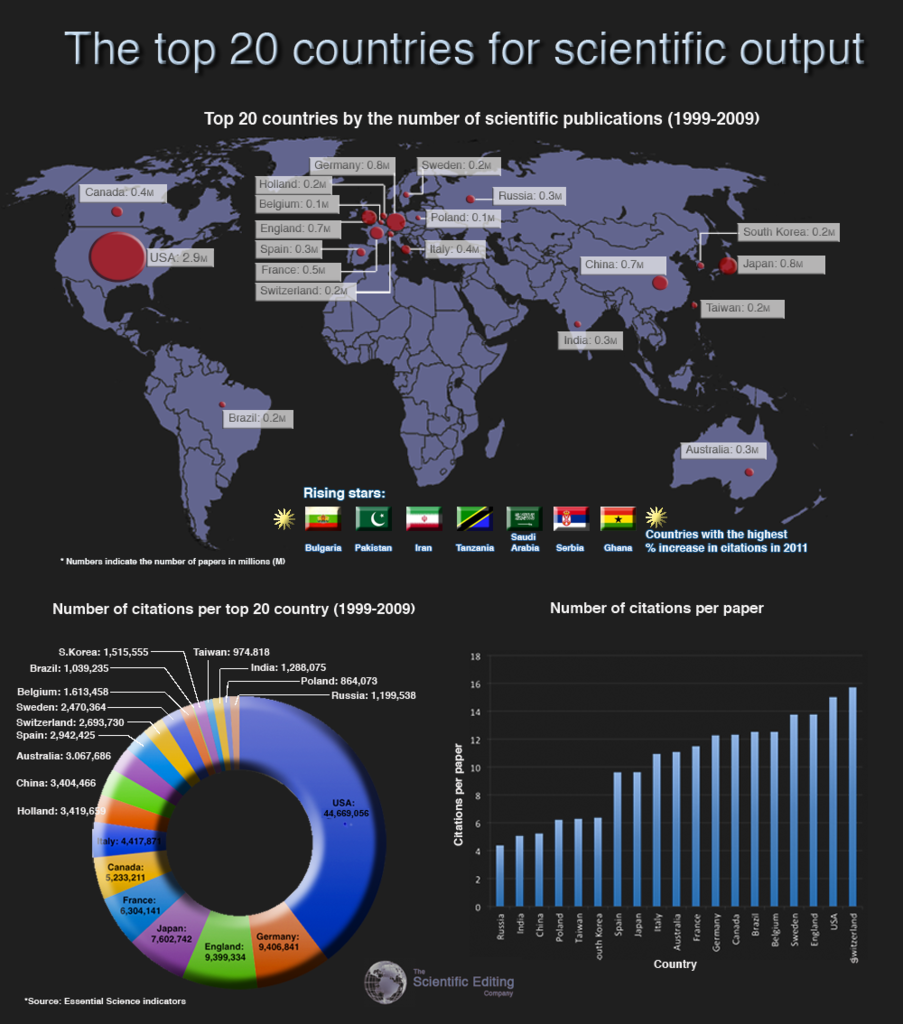 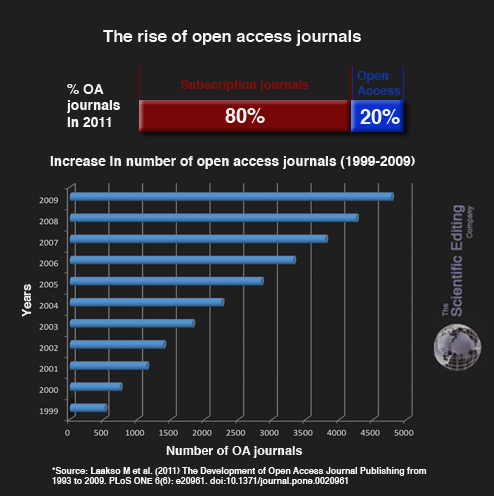